James Toney UFC 118 YOUTUBE Video - Vegas Odds & Picks - James Toney is going to make his MMA Picks debut against Randy Couture he is going to try to prove boxing is superior to mixed martial arts at UFC 118 this Saturday Night August 28. James Toney is very confident in the interview. He doesn't think Couture can beat him, but he sort of ignores the whole possibility of a submission and needing to control the fight if it goes to a decision. 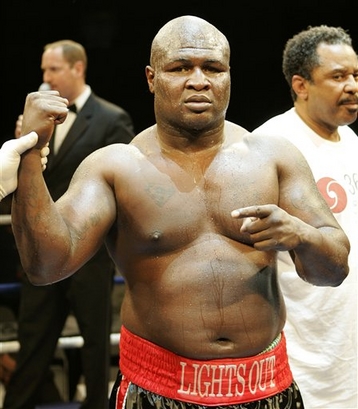 If you are looking to bet this UFC MMA Picks fight make sure you open up an account with Betus.com and receive a 60% Sign up Bonus to put some extra cash in your pocket to bet on your UFC Picks. UFC Vegas Odds have listed Randy Couture as a -575 favorite in the fight. If you are making a MMA Picks play on James Toney he is the underdog at +350 Vegas Odds.
He is right to say that all he needs is one strike to put an end to the fight, but Couture is pretty good at not letting people wind up and hit him with everything. The UFC odds on James Toney winning are not that good. He pays +350, but he does have power and might be a good small investment. Watch the full YOUTUBE interview with James Toney Click here.
How are you going to call this UFC Picks Fight tonight James Toney vs Randy Couture. Make the call at Betus.com and get that 60% Sign up Bonus.