2011 NBA Finals: Mavericks Rodrigue Beaubois out versus the Heat Odds

Although Rodrigue Beaubois is fine to play, which was held out of most of the 2011 NBA playoffs and should continue during the NBA Finals against the Heat. 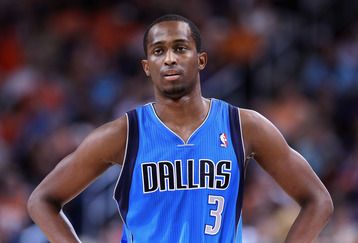 Beaubois has essentially been a lost season due to a broken foot and his focus during the offseason will be to ensure that the foot is back to full strength by the time training camp begins in the fall - if not there is a lockout.

The Mavs hope Beaubois can return next season and focus on becoming a better basis and eventually replace Jason Kidd as the starter. NBA Finals Odds Miami Heat -4.5 favorites in Game 1 that starts on Tuesday night.

"This summer is going to be very important for me," Beaubois told ESPN Dallas. "I first have to recover from my foot injury because I am still not 100 percent. I have a lot of work to do and just want to be ready to come back at 100 percent. Right now, I just support my teammates and if they call me and want me to play I am going to give everything. It is the last step, so I have to forget about my foot and just go out there."  2011 NBA Finals: Mavericks Rodrigue Beaubois out versus the Heat NBA Odds.