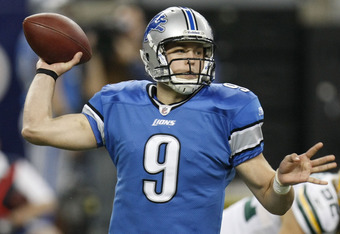 The Lions (0-2) +11.5 underdogs listed by NFL Lines makers have made life interesting in the first two weeks, playing two entertaining games, albeit losses, 19-14 to the Chicago Bears and 35-32 to the Philadelphia Eagles. Who would have thought Shaun Hill replacing franchise quarterback Matthew Stafford wouldn’t be a bad thing, but Hill has played well. The big weapon, though, has been running back Jahvid Best. Best has only gained 98 yards on the ground but he has caught 14 passes for 170 yards and has scored 5 touchdowns overall. Calvin Johnson has been a disappointment so far, catching only 8 passes while being targeted 21 times as the go-to receiver. The offense will be challenged this week against the rugged Vikings’ defense. The Lions’ defense has improved with the additions of Kyle Vanden Bosch and Ndamukong Suh on the defensive line but there still missing pieces here.

The Vikings (0-2) might be biggest disappointment in the NFL, especially for a team with Super Bowl aspirations. Brett Favre might be regretting his decision to return to the NFL after a slow start that has seen him throw 4 interceptions to go with a passer rating of just 56.1. Adrian Peterson has run well with 232 yards and 1 touchdown and he will need to have a big game against the Lions. The 14-10 NFL Point Spreads loss to the Dolphins was disappointing since they outgained Miami but lost the game on turnovers.

The pressure is on Favre and the Vikings to perform and, most importantly, win a game this week against the Lions. Peterson usually performs well against the Lions, but with injuries hamstringing the Vikings’ passing game, Detroit could hang around. Forget the run against the Vikings, Minnesota is impossible to run against, but the Lions could find Best out of the backfield again and don’t forget about Johnson.

These 11 1/2 Vegas NFL point Spreads seem awfully tempting. Though the Vikes are at home, look for the Lions to cover the NFL Point spread. Winning, though, is a different story. NFL Lines makers have listed the total at 43 points.

Sign Up at Bodog.com for all the latest football betting odds, futures and props! Wager on the NFL spreads and totals from your home computer. How are you going to call this NFL Week 3 Lines matchups? However you are going to call it make sure you Make the Call at Bodog Sportsbook this is the last week for 30% Sign up Bonus. Put some extra cash in your Sportsbook Betting account for your NFL Week 3 Lines.